What Is A Human Milk Pasteuriser? 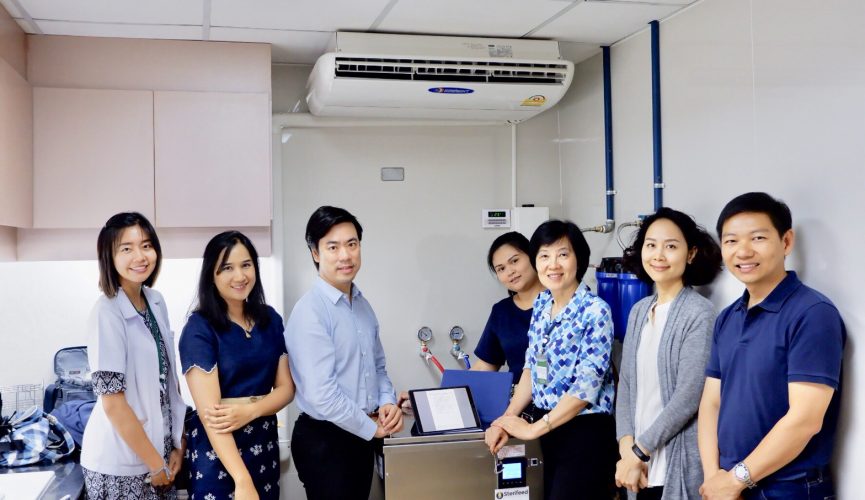 A human milk pasteuriser is a piece of equipment that treats human milk safely to enable it to be given as donor milk or from a mother to their own baby. The pasteurisation process removes all the micro-organisms that contaminate the human breast milk at the same time preserving the maximum amount of nutrients and immunological elements.

The Pasteurisation process involves controlled heating followed by controlled refrigerated cooling. The milk is initially heated to 62.5c and held at this temperature for 30 minutes, thereafter is cooled as quickly as possible to limit the regrowth of any bacteria. The final temperature of the milk after pasteurisation should be 4c as per NICE Guidelines.

Sterifeed are the global market leader for the pasteurisation of human milk. There are around 400 Sterifeed Pasteurisers currently being used in 45 different countries world wide. Sterifeed Pasteurisers for donor human milk adhere to all the Human Milk Banking guidelines around the world such as National Institute of Clinical Excellence (NICE), Human Milk Banking Association of North America ( HMBANA ). In the past year Sterifeed has sold pasteuriser to treat mother’s milk to 18 different countries around the world. Sterifeed pasteurisers have been under continuous development since the 1980’ with valuable input from Neonatologists, Microbiologists and Dieticians.